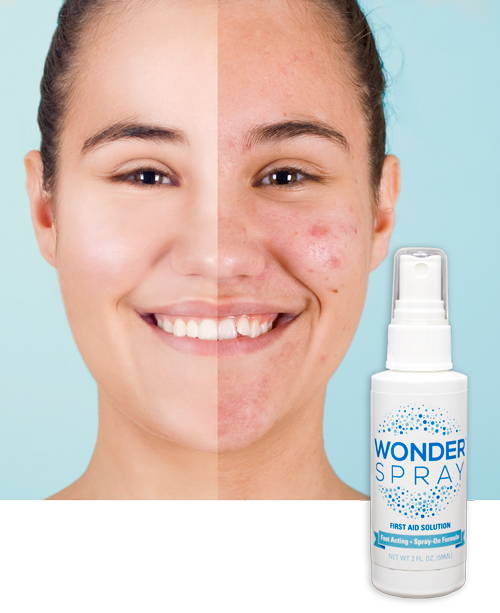 Complexion issues have long been a rite of passage for adolescents, a high school memory that no one wants memorialized in the yearbook.

Unfortunately, the same variables that bring this issue to the surface as the body matures can also prompt facial breakouts well into the 20s and beyond. No matter the age, the root cause is always the same: active oil glands, with colonies of bacteria settling into clogged pores. The plan of attack is also usually similar: dry out the pores and kill the bacteria. Without a non-toxic natural alternative, the cure can seem almost as bad as the underlying condition, resulting in dry, irritated skin.

The marvels of 21st century medicine have dramatically changed the way doctors treat so many diseases and conditions. But when it comes to adolescent skin issues, the clock seems frozen in the disco era. Products haven’t evolved much from that ancient tube of Clearasil that your parents may have counted on to avert social calamity in the 10th grade, or the benzoyl peroxide treatments that were so heavily promoted in infomercials that promised a clear complexion in exchange for a recurring credit card charge. Apart from the FDA’s approval of the highly controversial Accutane in the early 90s, the dermatologist’s arsenal hasn’t changed much either. Tubes of gels, astringents and antibiotics are still the weapons of choice to dry out pores and fight inflammation.

Studies of Wonder Spray’s active ingredient show that an effective remedy does not need to be toxic; nor is it necessary to transform your face into a dry, reddening surface to combat blemishes.

Wonder Spray targets only the bacteria that multiply in clogged pores and trigger inflammation.

And although it does this more effectively than benzoyl peroxide, according to the landmark 2009 Tirado-Sanchez study published in the Journal of Dermatological Treatment, it is so mild that it does not irritate or dry the skin.

In fact, Wonder Spray’s key ingredient, Hypochlorous acid (HOCL), has been used by ophthalmologists to combat microbes on the surface of the eye. This incredible non-toxicity is not too surprising, given the fact that HOCL is the same substance our body’s white blood cells produce to fight infection. 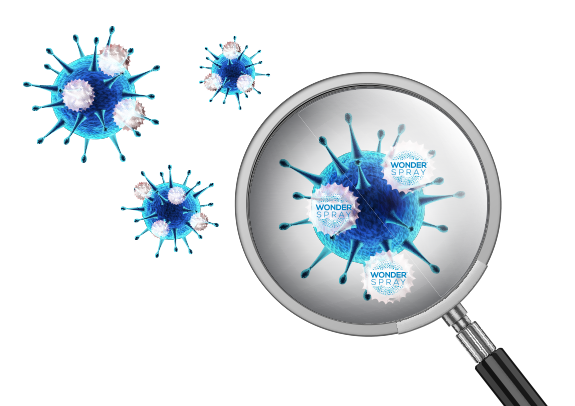 SEE WHAT CUSTOMERS ARE SAYING:

“Wonder Spray is brilliant. This spray has turned into a house hold must have and its clean smell reminds you of something like being in a pool or spa. We started using Wonder Spray initially for my daughter’s infection on her face in the cheek area due to heavy stage makeup as she’s a performer. We also spray the makeup brushes now in-between washing them. She has healed noticeably, and she continues to spray it on her face before applying moisturizer during the day, and mist at night after washing.

Since then, we have been finding other ways to use Wonder Spray for minor cuts, scalp irritation, and reddish skin blemishes. I’m truly impressed, and so far, it only leaves me wondering what else I can do with Wonder Spray”. 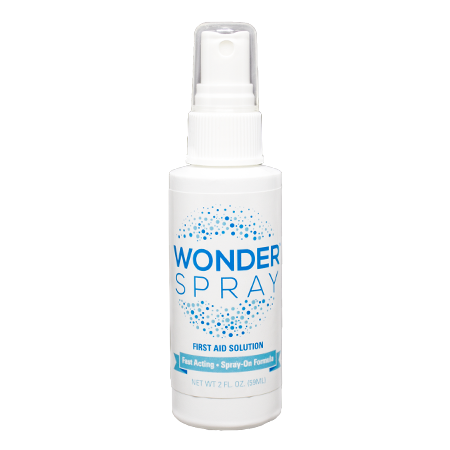 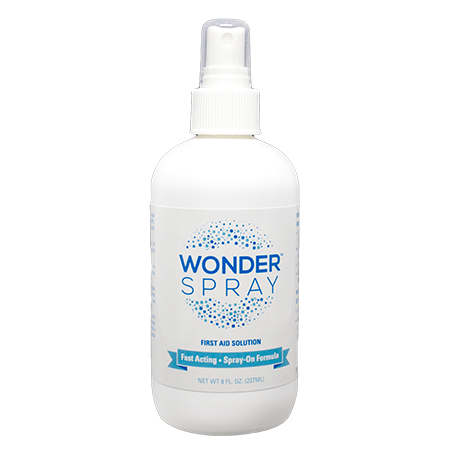 Is Wonder Spray safe to use on my face, and anywhere else I have blackheads or pimples?

Yes, Wonder Spray is proven to be effective and safe to use around the face, legs, back and chest.

What is the best way to apply Wonder Spray to my face?

Either spray it directly onto your face, or moisten a cloth with Wonder Spray and apply to all affected areas. Allow to air dry.

Should Wonder Spray be applied to prevent blemishes, not simply treat them?

As part of your daily face-washing routine, Wonder Spray will help control the bacteria that can trigger breakouts.

I understand that Wonder Spray is highly effective at clearing facial blemishes. Is it equally as effective in treating other skin issues?

Wonder Spray can be an effective treatment for many skin issues that are caused or aggravated by bacteria and other microbes. Try it for eczema, rosacea, skin rashes, skin allergies, and much more.

What makes Wonder Spray so effective in fighting pimples/blackheads?

Wonder Spray’s key ingredient is Hypochlorous acid (HOCL), which is the same substance our white blood cells produce and use to combat pathogens. Many skin problems are caused by bacterial infection of facial pores, leading to blackheads and pimples. Studies have shown that HOCL can provide a benefit for approximately half of those who use it to treat skin blemishes.

Has Wonder Spray been proven to be safe and effective?

Wonder Spray has been tested in a variety of efficacy and compatibility tests required by the U.S. Food and Drug Administration. It is proven to be effective and safe to use around the eyes, nose, mouth and mucous membranes.

Are there any side effects?

Wonder Spray has no side effects.

Do I need a prescription to use Wonder Spray?

No, you do not need a prescription, but you should always consult your healthcare professional before use.

What are the ingredients in Wonder Spray?

We've sent you an email with a link to update your password.

A password reset email has been sent to the email address on file for your account, but may take several minutes to show up in your inbox. Please wait at least 10 minutes before attempting another reset.

Registering for this site allows you to access your order status and history. Just fill in the fields below, and we’ll get a new account set up for you in no time. We will only ask you for information necessary to make the purchase process faster and easier.